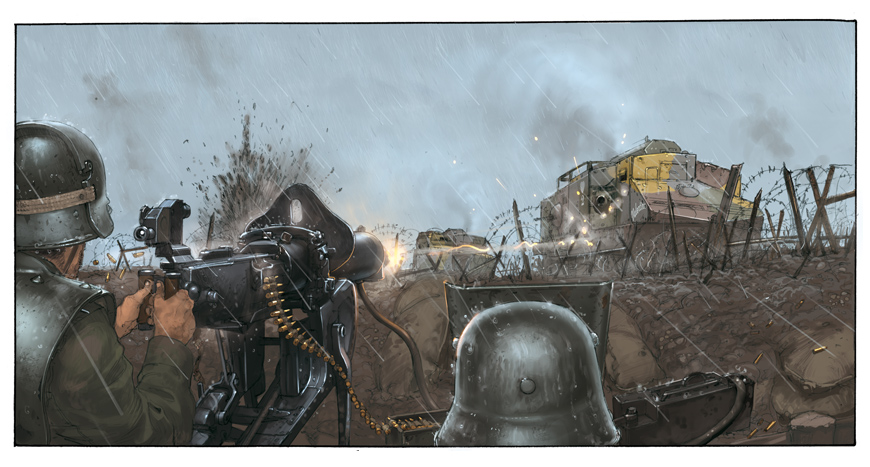 
The Kaiser's Battle (by Stan Stokes)
In 1918, although America has entered the War, they had yet to field significant numbers of men.
The Germans orders an attack along the northwest section of the Western Front.
This print depicts a Hanover CL-3a ground attack aircraft, striking a British counterattack, complete with tanks.


Balloon Buster Extraordinaire (by Stan Stokes)
A Belgian, Willy Coppens de Houthhulst, was the highest scoring balloon buster in World War I.
Observation balloons were very dangerous to attack as they were extremely heavily defended with anti-aircraft artillery.